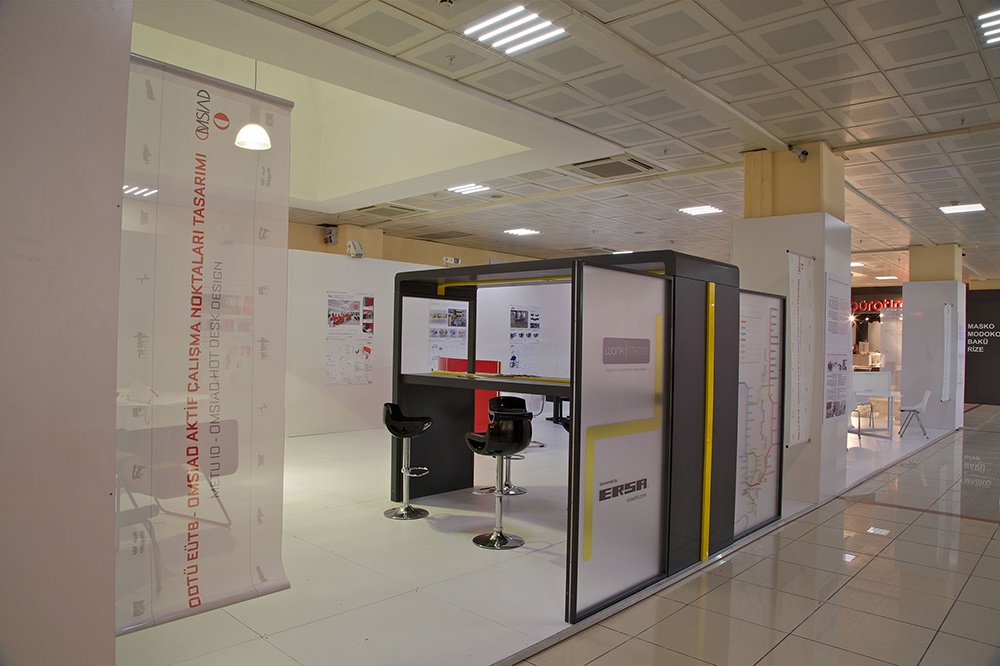 Outcomes of the “Active Hot-Desk Design” final year project which was carried out by our department in collaboration with OMSIAD (Office Furniture Industrialists and Businessmen Association) are exhibited in Office Expo 2013 Furniture Fair in İstanbul between the dates 29 January – 2 February 2013. The prototypes made by nine OMSIAD member firms took place in the exhibition which was visited by the Minister Economics Zafer Çağlayan who made the opening of the fair. The exhibition is mentioned in various media resources such as Sabah and Zaman newspapers, Cosmopolitan and Housebeautiful magazines as well as below internet sites: http://www.mimarizm.com/Ajanda/Detay.aspx?id=52820 http://kokpit.aero/ofis-tasarimi-ankara http://www.airturkhaber.com/haber_detay.asp?haberID=6836