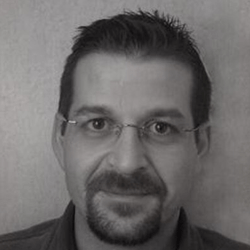 After graduating from Middle East Technical Universty, Department of Industrial Design in 1996, studied at Pratt Institute, for his graduate degree in industrial design. Following his graduation in 2000 he started to work as a product designer, in one of the leading consumer product manufacturer of U.S., Conair Corporation which, in addition to the Conair brand, manufactures different products under other, well known, brands such as Cuisinart, Babyliss, Interplak, Pollenex, South Western Bell Telephones and Electronics, Rusk, Forfex, Waring. Upon his return to Turkey, he worked at Tasarım Üssü, with Gamze Güven, together they designed the new bottle for Mey İçki A.Ş's Yeni Rakı. Worked as a part-time instructor at Yeditepe, Tobb, Marmara, Beykent Universties' departments of Industrial Design. In addition to his freelance design work his is also working at Nobium A.Ş., of which he is a founding partner. Since 2011 he is a part time insturactor in Middle East Technical Universty, Department of Industrial Design.