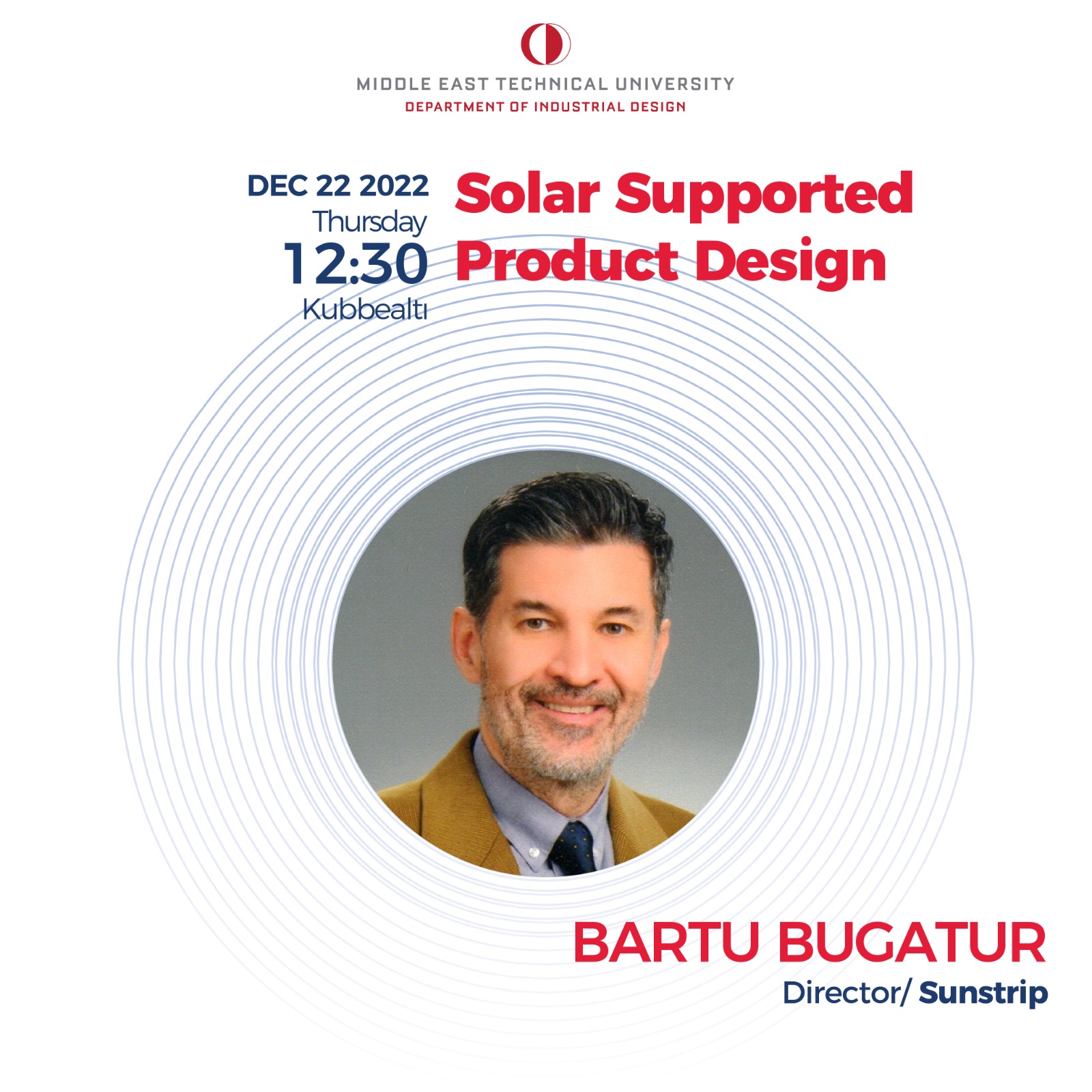 Bartu Bugatur will give a seminar titled 'Solar Supported Product Design'. The seminar will happen on 22nd December 2022, Thursday, at 12:30, at Kubbealtı, METU Faculty of Architecture. We invite everyone interested to join us.

Born in 1967 at Konya / Turkiye, Bartu BUGATUR has completed the preliminary studies at Konya Devrim İlkokulu and graduated at 1985 from Anatolian College of Konya. Having finalised his Associates License Program in Mechanical Engineering at Middle East Technical University, he has majored in Industrial Design and acquired his Bachelors Degree as the valedictorian of the Faculty of Architecture of the same university. Granted full-time teaching assistantship and scholarship by the University of Massachusetts, he has travelled to USA at 1990 and mastered in International Business Administration. After completion of the program, he has worked full time as a consultant for US Small Business Development Center. Returning back to Turkey at 1994, he has managed the "Solution Providers and Business Development Group" of KocSistem, one of the major systems integrators in Turkey. Between September 2000 and 2011 Bartu BUGATUR has joined BMC Software Inc. as the "Country Manager" to run BMC Software / Turkiye subsidiary office. Returning back to his hometown Konya at 2005, Mr. Bugatur has joined to ANITCAM-SUNSTRIP, a major manufacturing and systems integration company active in solar thermal and photovoltaics industry as the Assistant General Manager. Since 2009 he has been acting as the director of Sunstrip. In addition to his responsibilities at Sunstrip, Mr. Bugatur actively writes articles on solar industry and takes role in various community organisations and lectures in universities to promote the renewable energy utilisation and awareness in Turkey."