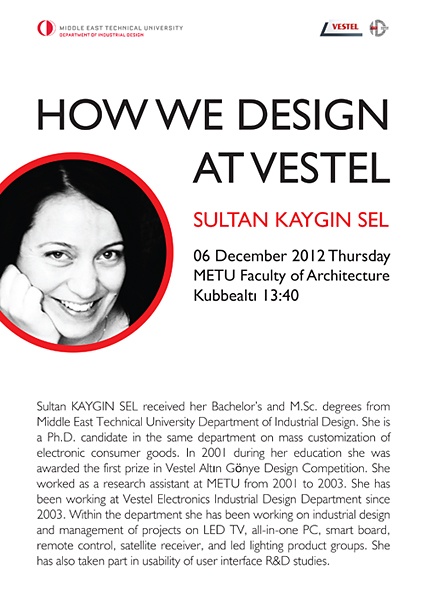 Technical University Department of Industrial Design. She is a Ph.D. candidate in

the same department on mass customization of electronic consumer goods. In 2001 during her education she was awarded the first prize in Vestel Altın Gönye Design Competition. She worked as a research assistant at METU from 2001 to 2003. She has been working at Vestel Electronics Industrial Design Department since 2003. Within the department she has been working on industrial design and management of projects on LED TV, all-in-one PC, smart board, remote control, satellite receiver, and led lighting product groups. She has also taken part in usability of user interface R&D studies.